On Tuesday, the US Patent and Trademark Office officially published a series of 57 newly granted patents for Apple Inc. We covered two major patents on Tuesday relating to satellite communications and dynamic UI’s for devices in various rooms in a home. Today’s report covers granted patents for a possible future flip phone multi-layer construction and the Digital Crown used for measuring ECG. And as always, we wrap up this week’s granted patent report with our traditional listing of the remaining granted patents that were issued to Apple today.

In 2019, Patently Apple posted a report titled “Really? Apple Invents a Next-Gen iPhone with a Flip Phone Form Factor.” The patent related to multi-layered constructed devices, with a clamshell flip phone being the primary focus. In 2021 we posted a second IP report that was a continuation patent. On Tuesday, Apple was granted a patent for this invention.

Apple’s patent FIG. 4 below presents a clamshell style smartphone with multiple layers of functional components. One side is a keypad which could be a force touch based instead of mechanical, while the other side is for text, messages and other visual information.

Apple updated their patent in 2021 and on Tuesday (Jan 10th) Apple was granted this patent under # US 11550369 B2 titled “Multi-part Device Enclosure.” You could review this patent and its 20 new patent claims here.

Keep in mind that this isn’t a design patent and so the patent figures presented above from Apple are only based on providing an overview of the invention, not the actual design.

The Digital Crown for ECG

Apple has been granted a patent for the Apple Watch input feature known as the “Digital Crown.” Apple’s patent is titled “Switch Module For Electronic Crown Assembly.” More specifically, this granted patent relates to the Digital Crown in context with it being used as an input for electrocardiogram (ECG) signals.

Apple’s patent FIG. 1 covers a functional block of the Digital Crown, with FIG. 2A simply illustrating that this input in this patent is specifically designed for Apple Watch (not AirPods Max). 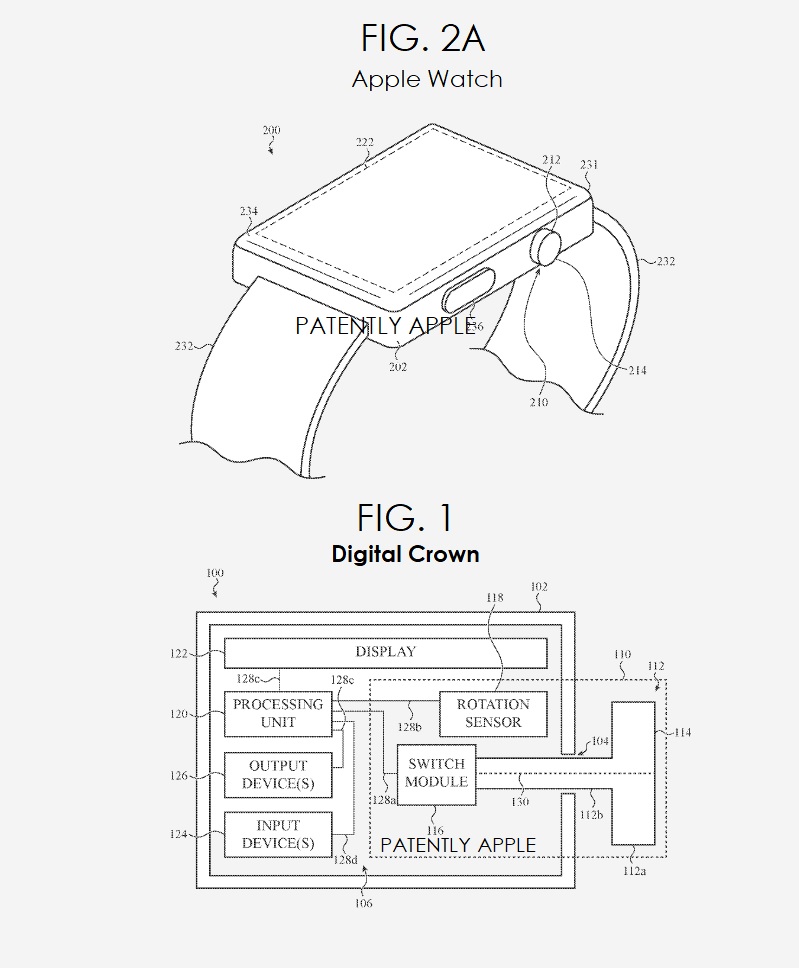 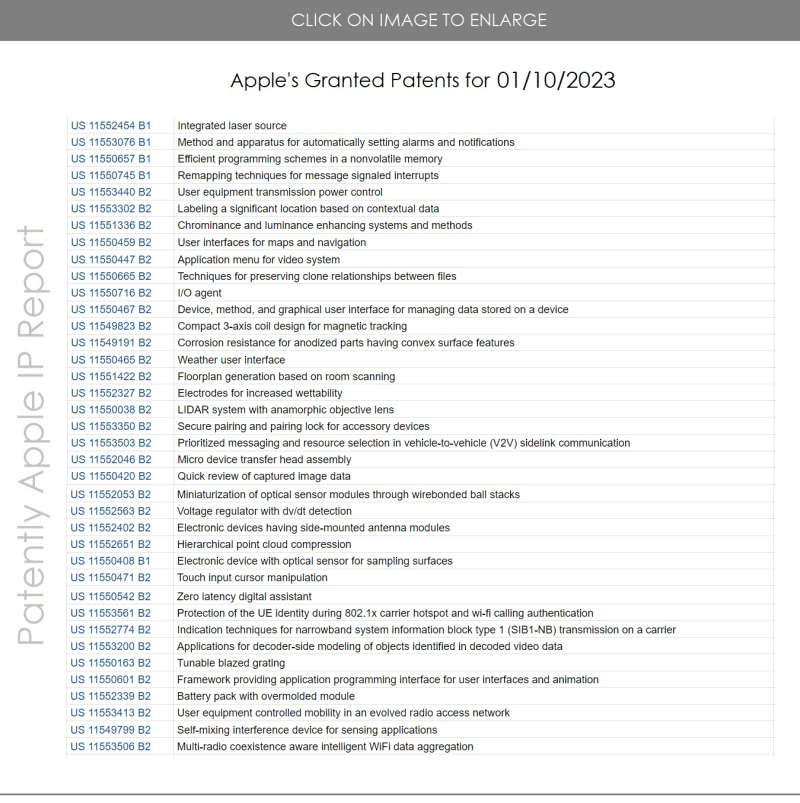